On the west coast of Hokkaido some ways north of Sapporo is a little crag of a peak called Koganeyama. It’s not particularly tall, but its steep, trapezoidal form, seen from the road, encourages interest. The top of Koganeyama is a particular point of conversation. It’s only a few meters wide with steep drops off either side, and when you stand close enough to the edge, you can almost feel like you’re flying if you look high enough up into the sky.

Between the narrow peak, the shortness of the climb, its views over the Sea of Japan, and its proximity to Sapporo, it’s a popular local hill for climbing on a bright Saturday in fall. 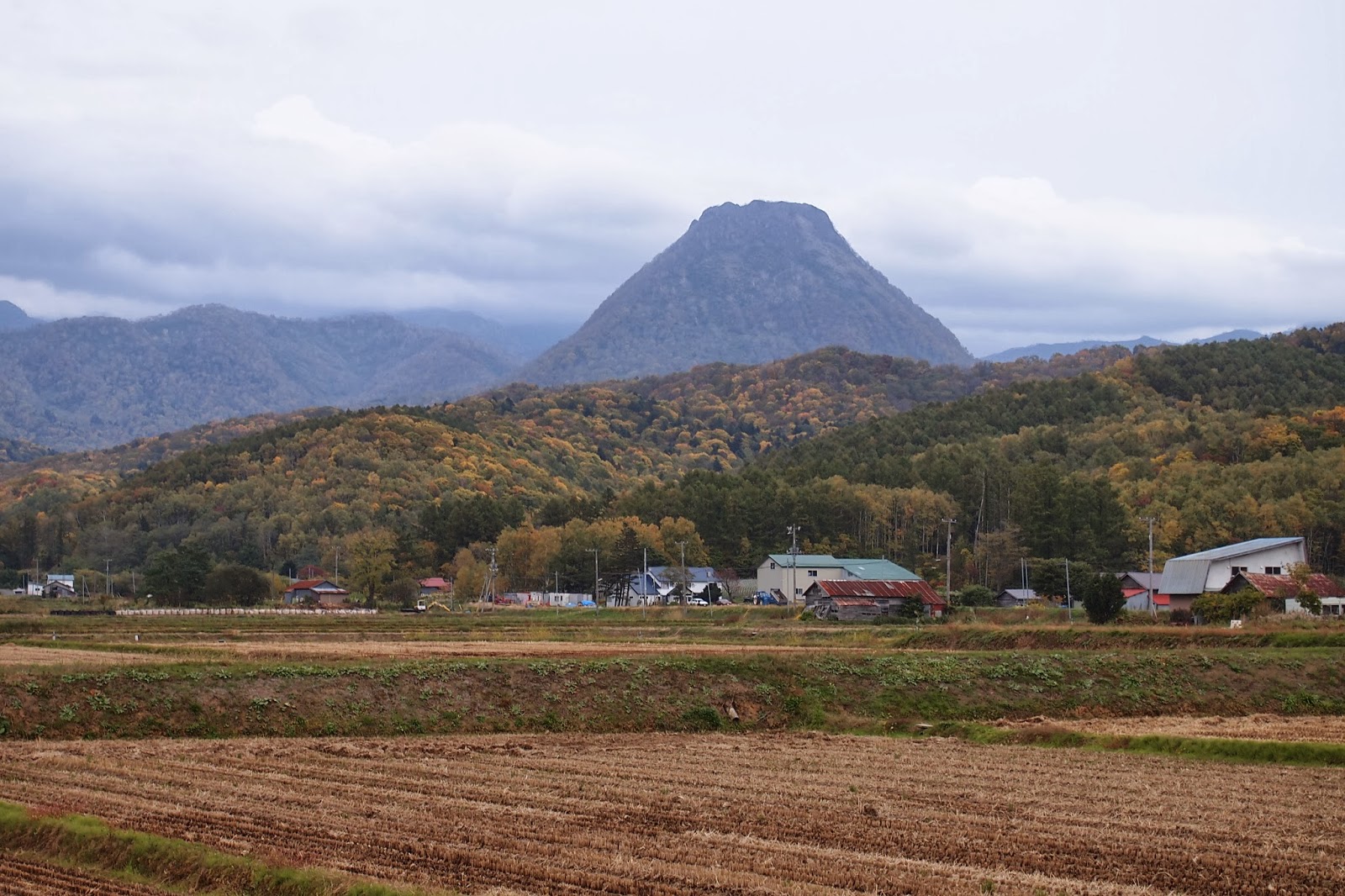 Which, okay. I’m four years removed from that Saturday on the peak with the air and the empty space all about me, and my cold little table in my cold little kitchen on a November’s evening on Buxton Green doesn’t encourage that sort of high-falutin thought—but I get where I’m coming from, though I cringe at how hard I’m trying (much like, I expect, some four years from now at some other table, I’ll cringe at how hard I’m trying right now, probably).

But Japan’s geography is volcanic, which is necessarily additive. Like, hot rock comes out of earth and makes cold rock that we walk on; or otherwise hot rock pushes cold rock up into big bulbous rock shape, always making. England’s geography is long dead, and is subtractive: wind and rain—but most of all, ice—take high rock and make it low rock. That’s why you won’t find any high mountains in England, relatively speaking.

But so anyway, going back to the blade’s-edge peak of Koganeyama, and how this all ties in: an edge, say, of a knife, is made my additive processes; but an edge is made sharp by subtractive ones.

Which is a very roundabout way of saying that I now know much better what it’s like to stand at the capital-E Edge, and it’s nowhere to wax lyrical.

Sharp Edge on the north shoulder of Blencathra isn’t the sharpest edge, nor with the most exposure, nor with the steepest drops. But it’s a sight sharper than Koganeyama, as well as Striding and Swirral Edges on nearby Helvellyn, by the way. It’s probably one of the most exposed places I’ve been at this point, which isn’t saying a ton.

It doesn’t look like much on the approach, but the way that the trail sort of leads you up and around a little outcrop, and then just ends out of sight of the tarn and the resting walkers below, is very isolating. Nowhere to go from there but up. And so you go, hands and feet, across the jagged stone and the little tufts of grass, wondering whether you need a rope, and daring yourself not to look down for terror of being gripped, the fear of fear itself, that wound-up brain state where everything is a comma, run-on, carried to you by the wind across the bare rock at altitude, knowing the only way is up, crowded by yourself up there alone, even if you’re with someone. 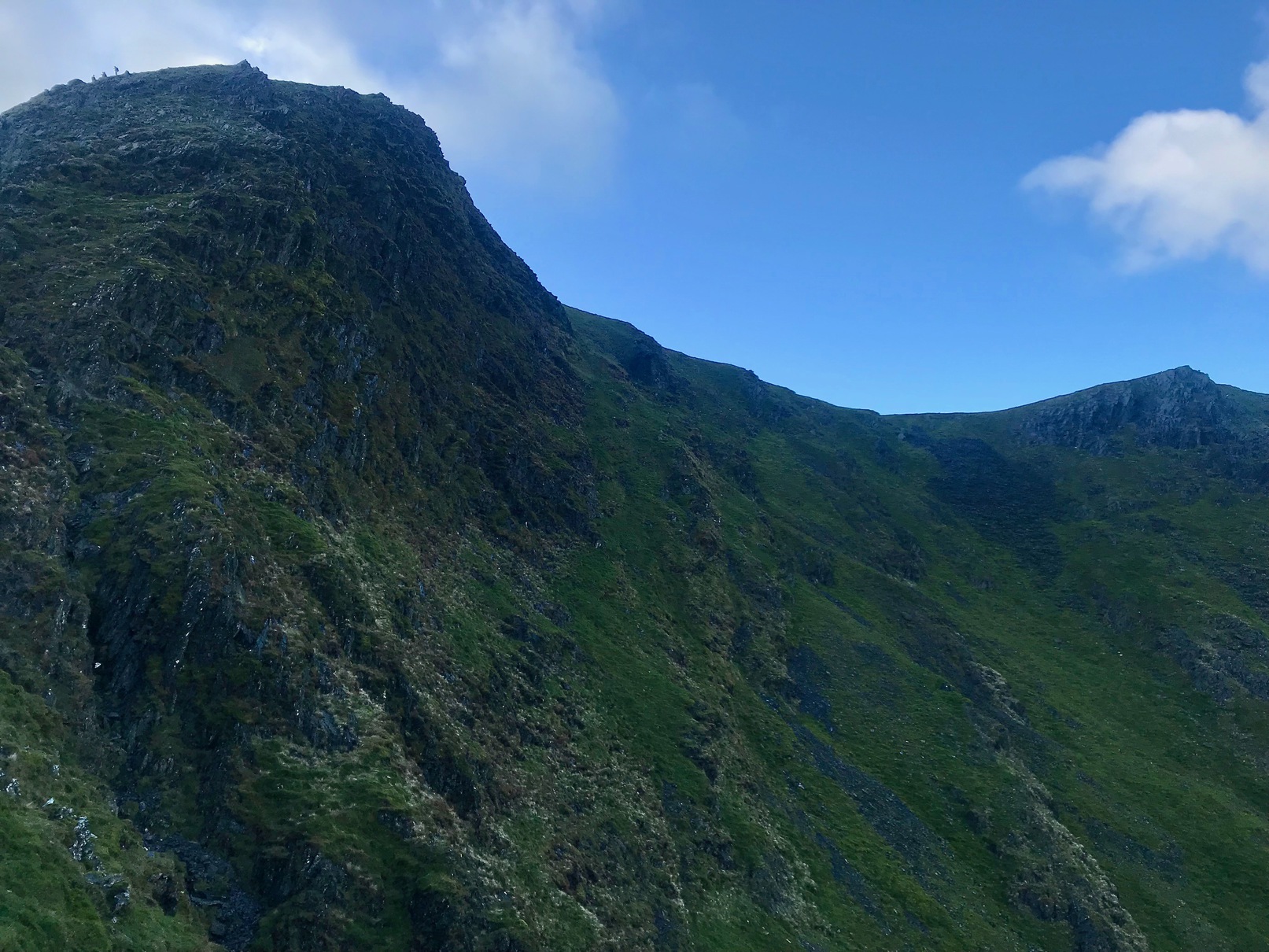 Once you’re up on the edge itself, it’s no better. Scrambling is just an excuse to go climbing without a rope. Your thoughts aren’t on the sublimity of the Edge, and they’re certainly not wandering off into the open air around you. They’re cowering in every nook big enough to fit a couple of shivering fingers into. 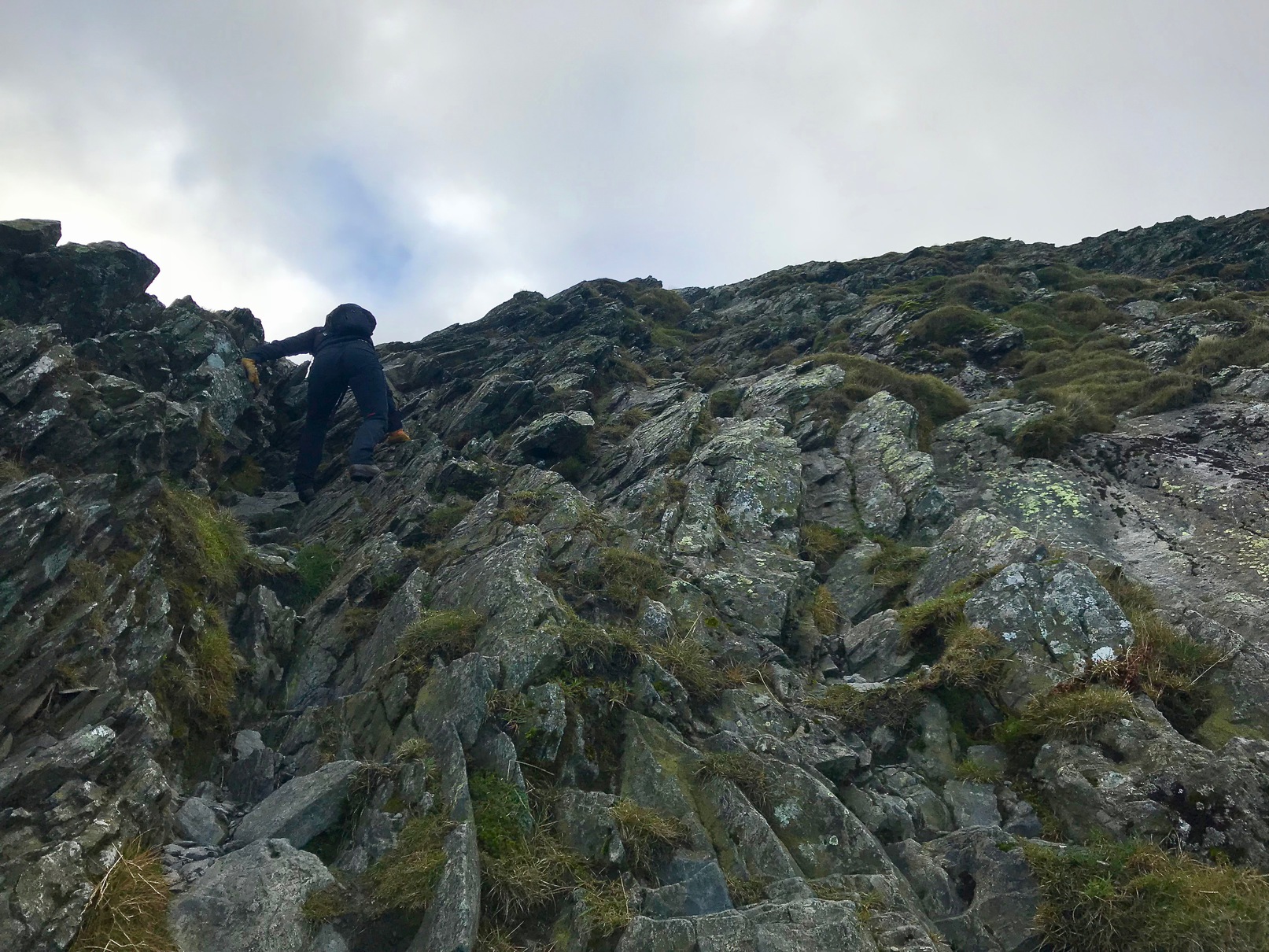 See, you only have the luxury of thinking about danger when you have the choice not to be in danger. Even when I found my scrambling legs, and I crossed the terrain like a goat, I never once thought about what a divine experience this was. 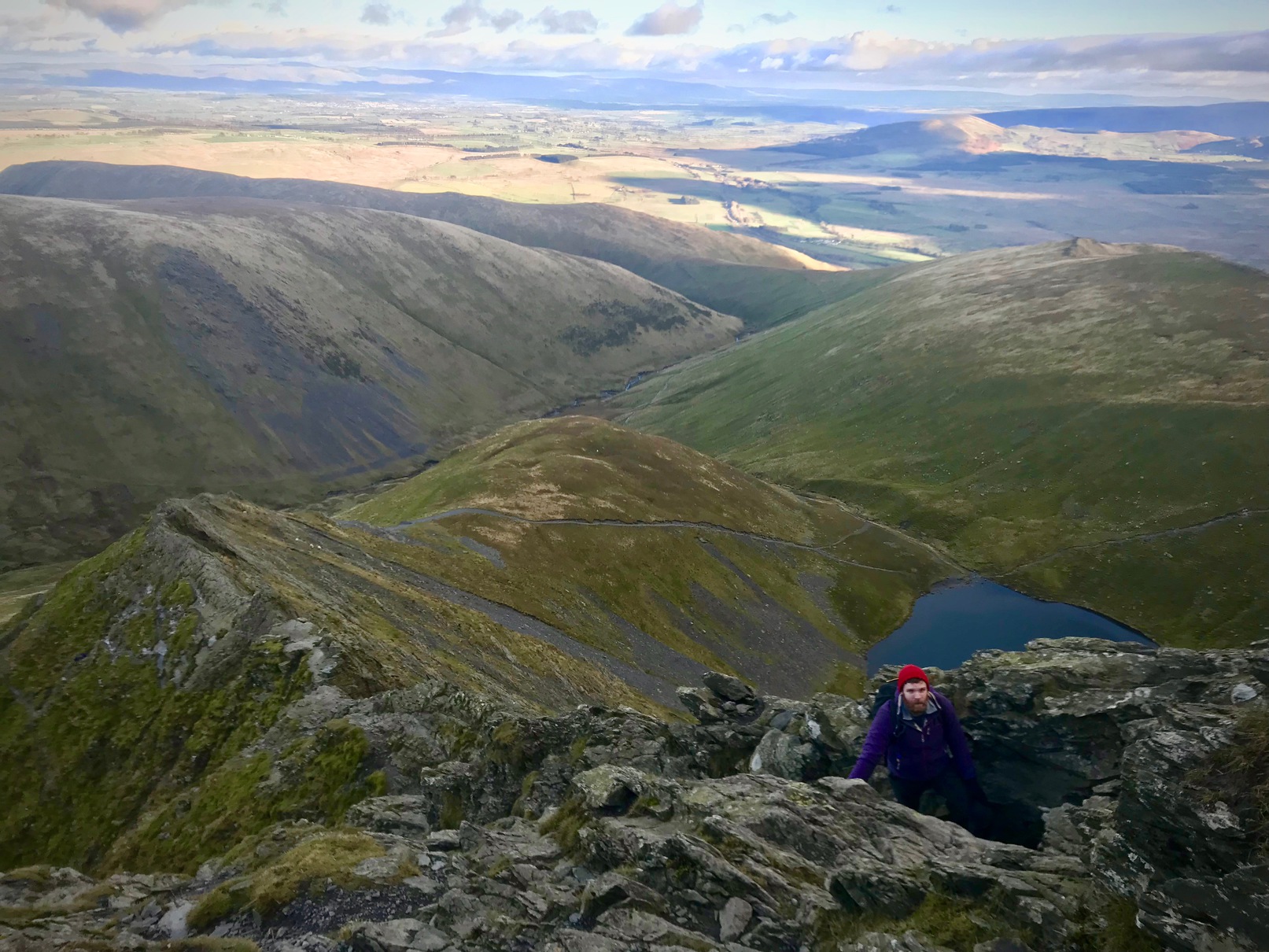 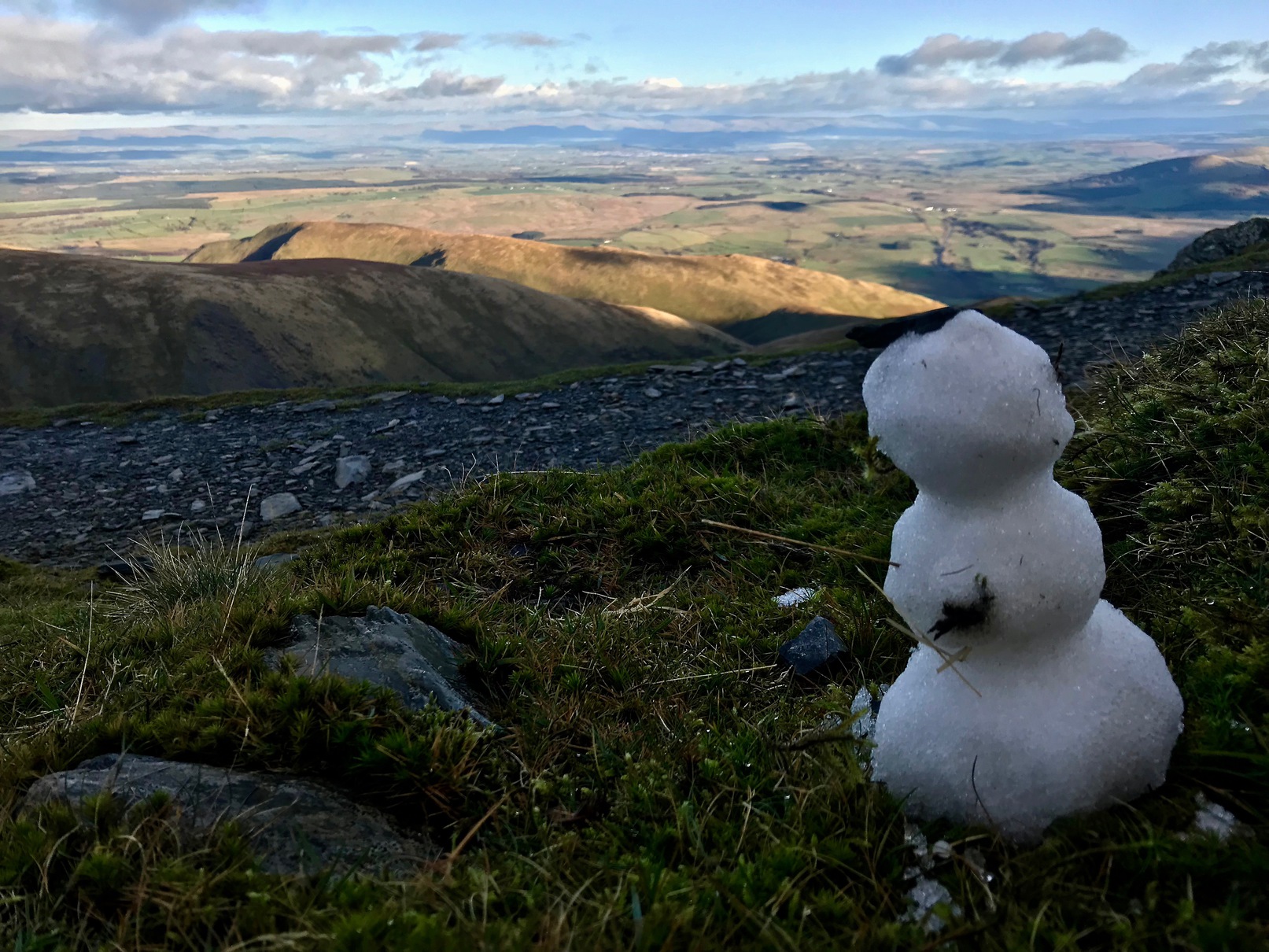 The older I get the more I think that this is what nature is for—for me, anyway: not the big soul-bending experiences that reshape my perspective, but moments when I can strip away everything I carry into nature. When I can appreciate my fingers and my feet, and I can see something old, or beautiful, or both. When I can smile and breathe, or squint or squelch in the earth, and put the experience in my back pocket to revisit on a cold November evening.