I Am a Strange Loop 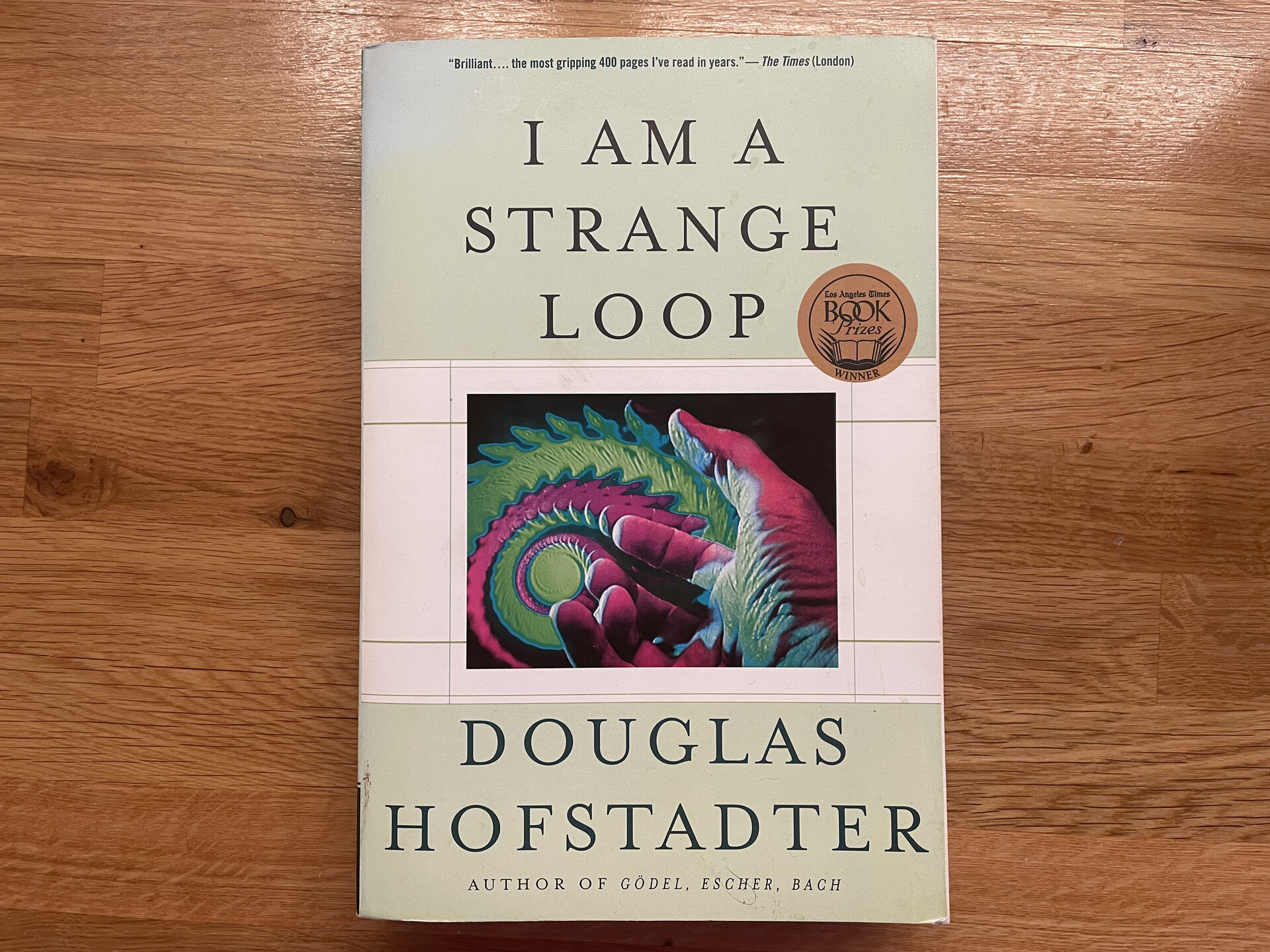 It’s clear that Douglas Hoftstadter is very smart. I like the way that his brain works, and I like his analogy-heavy approach to complicated concepts. Aesthetically I’m also a fan of self-referentiality—something that I enjoyed in Gödel, Escher, Bach and which never ceases to make me feel supremely clever. I Am a Strange Loop also does a much better job than the former text at laying out out an agenda and then sticking to it.

But I don’t think that philosophy resonates with me very much. I enjoy pop-philosophy like The Good Place, and I think that practical solutions to modern ethical problems probably oughta have a more prominent place in the collective human psyche. But I Am a Strange Loop’s main concern—that is, the question of what makes human conscious and what the nature of self is—is more of an exploration than a solution. I thought that the exploration of consciousness was interesting but fundamentally not engaging (to me!) since it doesn’t extrapolate into changes of behaviour that I can take out into the world.

It wasn’t super clear to me quite how Gödel’s incompleteness theorems tie into self-ness either, other than the fact that both are self-referential—and I suspect that Hofstadter sort of just wanted to put two loosely related things that he finds compelling together—but the material, separately, is still fun to read about.

I also suspect that Hofstadter would tell me that this is a serious failing in his book—he’s quick to anticipate criticism and ready to acknowledge when he hasn’t gone far enough, constantly wrestling with the media he produces—but I don’t think that interpretation is fair. Some people really care about these kinds of things, and the insight into the mechanics of self are rewarding unto themselves. For me, however, it just… isn’t.

By way of conclusion, here’s a short story from an Introduction to Philosophy class I took in 2008 (a story I’ve probably reproduced elsewhere on this blog): I’d just arrived at McGill and decided that I wanted to enquire into the nature of things. We started with Descartes and Plato’s Phaedo (I think) and the nature of the soul, and had been tasked with writing a response to our readings. I didn’t think much of any of it, especially the weak analogies (body → cloak, soul → body???) and wrote as much. I got a D, and didn’t take any more philosophy classes.