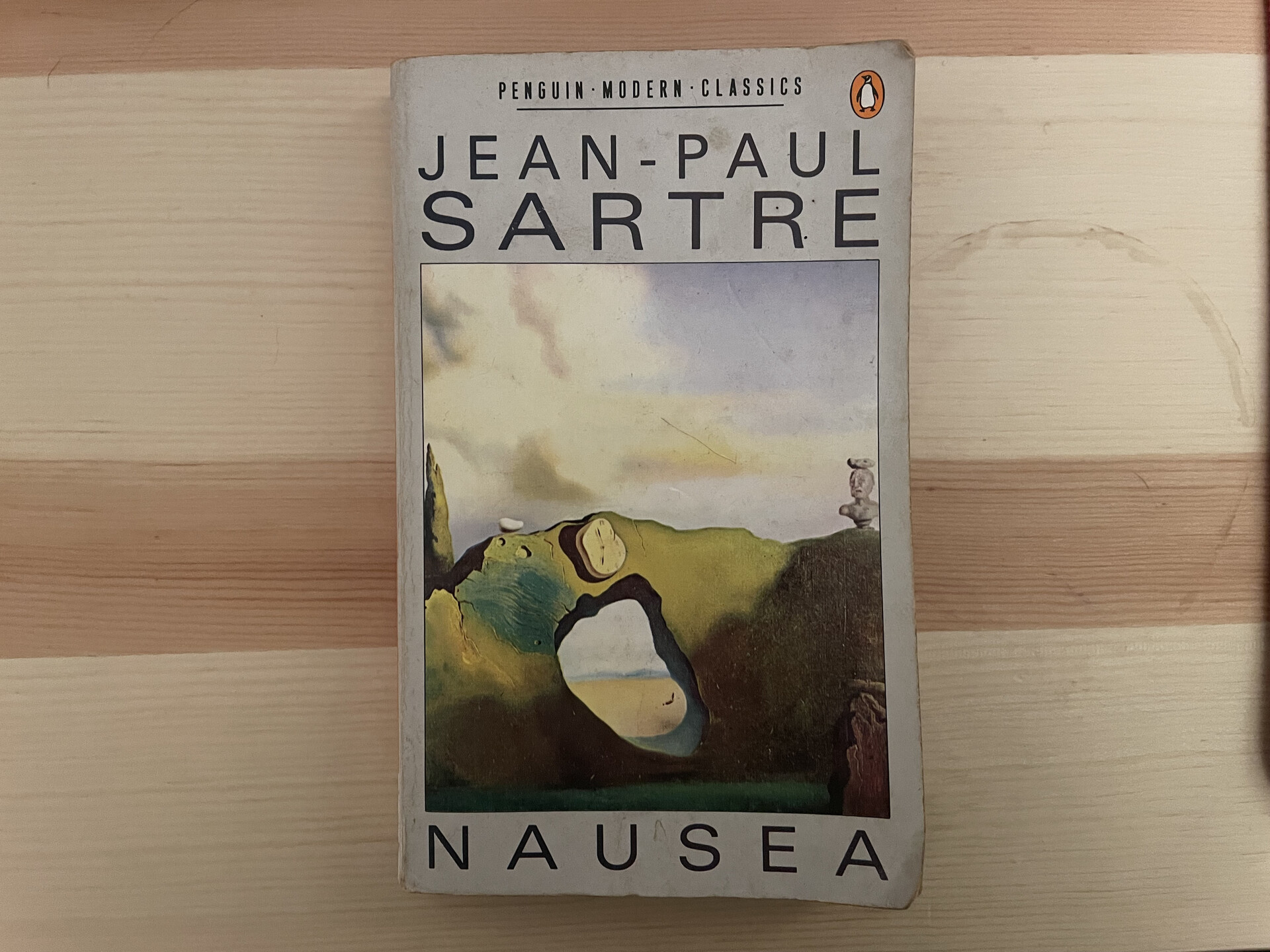 Nausea is written from the perspective of Antoine Roquentin, a man who finds himself increasing stricken by a kind of psychosis where associations between things and the meanings of things break down. He tries to find solace in watching other people in cafés, but find himself increasingly alienated from them. When he tries to connect wth individuals—with a woman from his past and a humanist Autodidact living in the same town as him—he is disappointed not to be able to actually interface with them: the gaps between them are too great to bridge. He has an Existential Crisis.

I think it's alright. I appreciate the groundwork that it lays—1938 is a long time ago and this kind of total semantic breakdown only got popular in the 1950s or so; and in that sense Sartre was definitely ahead of his time. But I wish that I'd read this before The Stranger. The latter seems so tightly wound, so immaculately tuned, that not a word is out of place nor a sentiment wasted. Nausea feels meandering, directionless. This helps colour the story but it feels like it obscures the core of the novel. Roquentin's crisis doesn't feel earth-shattering: it just feels annoying. Anny felt a little self-important but I found myself identifying with her: Roquentin is just such a drag.

Self-importance actually feels like the main theme here. It's not limited to Anny: Roquentin definitely gives off an I'm-the-main-character vibe, and even the Autodidact comes across as precious and self-important when he reveals to Roquentin, with much fanfare and ado, that he's a socialist and a humanist. In the modern era you can't help but read these three characters as teenagers in the wake of some small personal discovery. The haughty attitude, the certainty that they're now in possession of some privileged experience inaccessible to the masses.

Judging my the reviews on Goodreads, this is the dominant modern reading—and for that reason Nausea just didn't really resonate with me.