No Fixed Abode: A Long Walk to the Dome 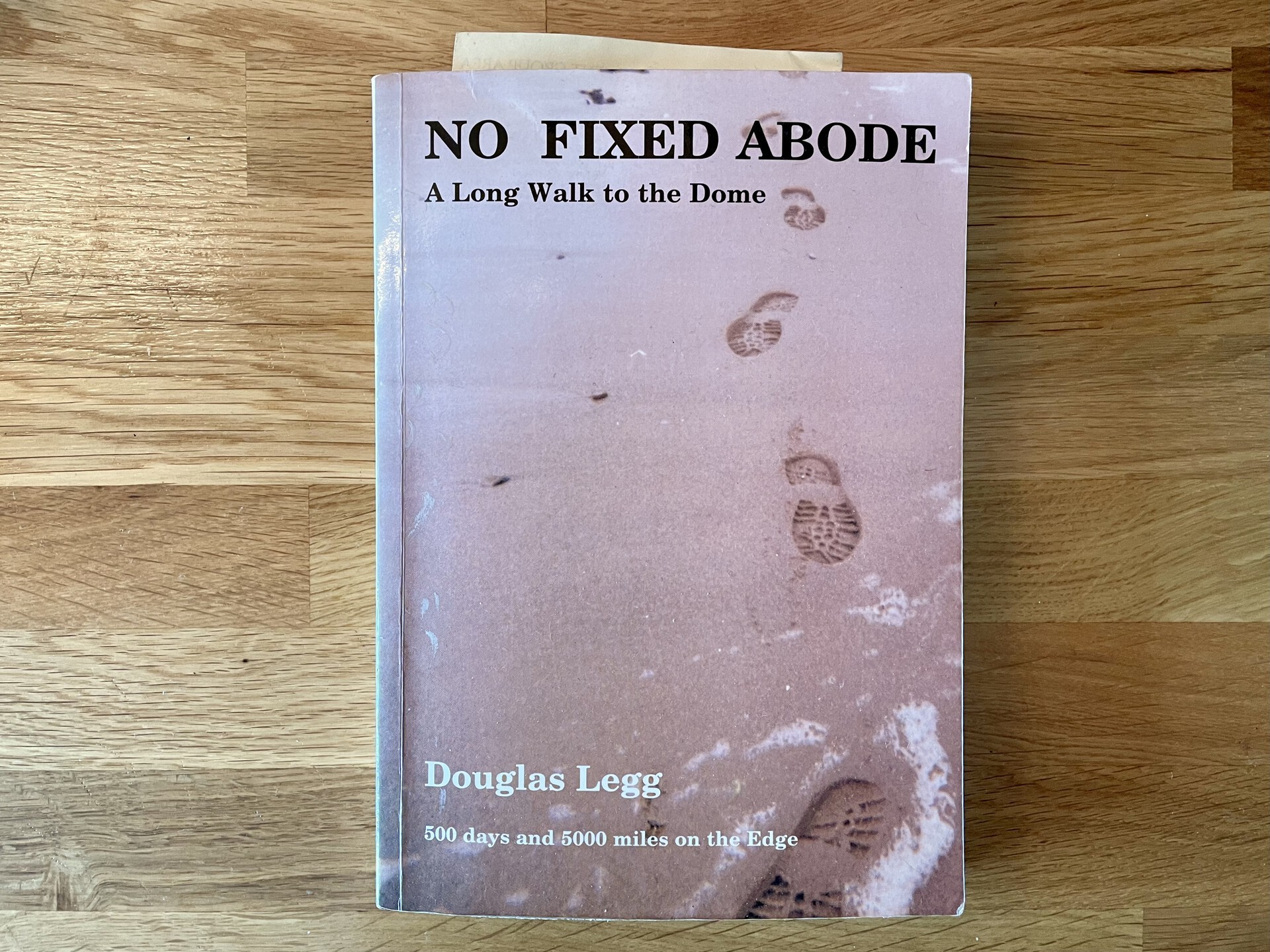 Don't know how to feel about this one. On the one hand, I'm a fan of adventure stories: individuals setting out to accomplish some feat that regular schlubs off the street could never pull off, especially stories of setting your body against nature for the thrill of it. On the other hand, Douglas Legg seems like a bit of a chancer—not a bad person by any means, but an unlikely hero, surviving on the generosity of strangers.

No Fixed Abode is a sort of millennial On the Road, if Sal Paradise didn't have a knack for hunting out interesting characters and experiences. Legg, the author and walker, makes his way counter-clockwise around Great Britain, taking in the sights and offering light commentary on the things he sees along the way. That's a great start: walking is probably the best way to see a country and meet folks.

But that's about as far as it goes. Legg doesn't seem particularly impressed by the countryside—though now and again his dislike for industrial buildup is made manifest—so it's not clear that he's doing it out of a love for nature. When he meets people along the way, he's not particularly interested in them as characters so much as sources of hot water (he doesn't seem to carry a stove), tea, or biscuits. His ostensible reason for walking—raising money for Save the Children—is rarely addressed outside of when he takes note that someone has donated, or when he loses all he's collected so far. He relishes time alone, and he seems to enjoy the company of other social dropouts during his regular stops at the Salvation Army (the "Sally"). When not in the city, he spends nights sleeping in cemeteries, behind walls, or in barns.

I'm just not sure why he did it, and I'm not sure what he got from it, either.

He puts me in mind of Tom Davies, a YouTuber who undertakes similar strenuous adventures: traveling Europe, walking across Wales or Scotland in a straight line, that sort of thing. Both Davies & Legg walk for the sake of it, adventure of adventure's sake. But I like to watch Davies's videos because he evinces an excitement and a wonder with the world that he travels through—where he depends on the generosity of strangers, he lifts those people up and marvels at their kindness.

Maybe it's a generational thing—Davies is a millennial, like me, whereas Legg is a bit older, part of the stoic midcentury British generation.

No Fixed Abode is an interesting read, even just for the perspective of it—but if you haven't been hooked after the first 50 pages or so, don't expect any swings of perspective in the next 250.