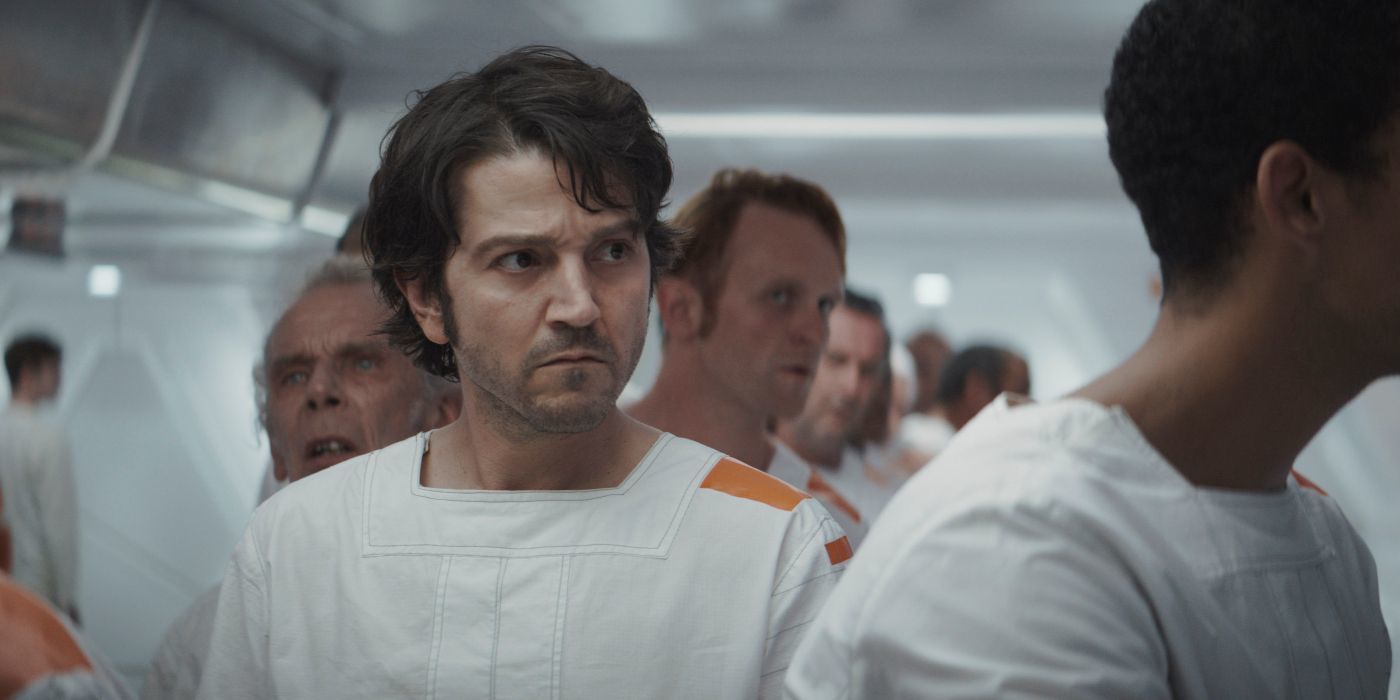 I'm a sucker for a good Star War, but I much prefer these shows—like the first season of The Mandalorian or this first season of Andor, where the Star Wars Cinematic Universe is really just a background for exploring interpersonal relationships and the individual fight against fascism.

Was Andor a little heavy-handed at times? Yeah, absolutely. But the story was implicit enough that the program never felt like it was leading you by the hand. The writing was, for the most part, tight and spare; characters and stakes felt real. Star Destroyers are well and good but the crew of the Oridge Tridge never truly felt in danger; here, however, the Empire gets its elbows out, killing and torturing indiscriminately. As Tom Philip writes for The AV Club, "I’m for sure more afraid of the Shoretroopers at the resort-like Niamos than I am of the Stormtroopers in the movies."

The highlight of the writing and production on Andor (aside from great performances from Diego Luna and Fiona Shaw) has to be the use of tension. I don't think I've ever felt such tension in a Star Wars property as before the attack on Aldhani or the uprising at the prison. The slow build, the coy insights into planning, the suspense of not knowing if, or how, or when things will go sideways, build up the stakes with such purpose. I can't wait to see what heists are in store for season 2.

Another highlight, for me at least, was the costume and set design. So much of Mon Mothma's Chandrilan heritage is expressed in her and her associates' costumes. As an Adult Otaku, I especially liked the Japanese influence in the men's outfits. Star Wars has a long history of cribbing Japanese aesthetics so it didn't feel out of character for the universe.

Now—most of Andor could be lifted wholesale out of the Star Wars Cinematic Universe and stand on its own as a prestige TV drama. I think that's fine—there's nothing specifically Star Wars about the fight against fascism. But I like the colour that the SWCU provides to an old-as-rocks story.

I don't buy the idea that AI is coming after creative jobs.

You can make italics a different font, if you feel like it.